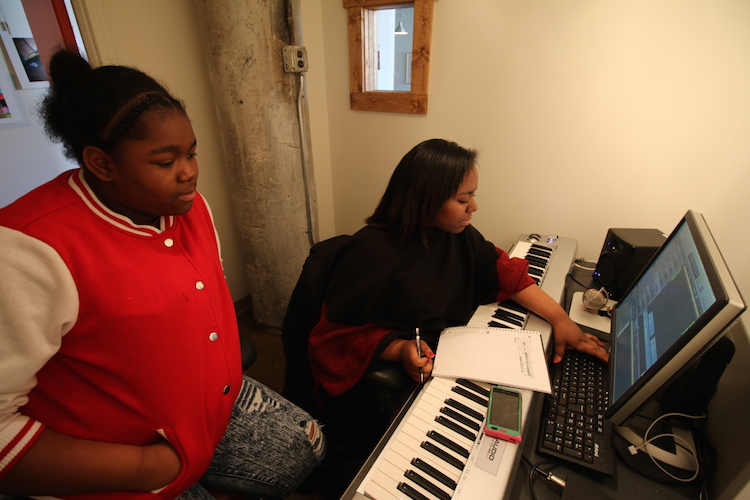 We first met CeCe at People Serving PeopleÂ during our Video Exploration Program last fall. As part of that program the PSP D3 Teens createdÂ a cool video calledÂ “PSP Talent.”Â During that timeÂ we discovered thatÂ CeCe is a talented singer, song-writer and dancer with creative potential just waiting to be unleashed. So during the last couple months CeCe hasÂ been coming into the IA Studios to work on her new “soon to be a hit” single “Lately.” The song should be ready in the next couple weeks, so keep an eye on the Billboard charts!